4 Steps to Creating a Brilliant Hashtag for Impact Brands 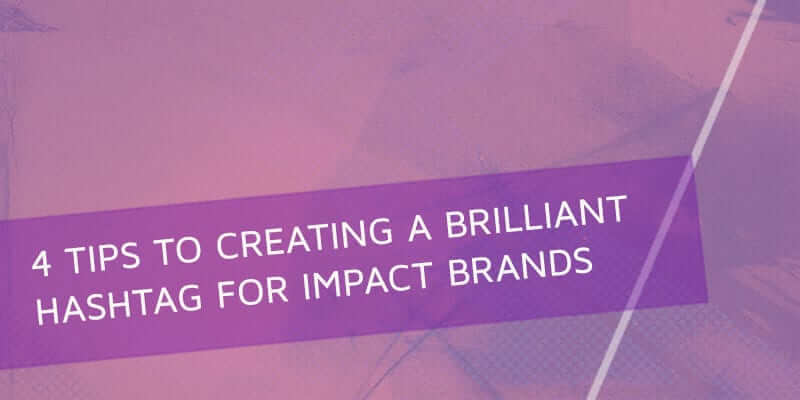 Do hashtags confuse you? Want to create your own, but not quite sure how?

Hashtags are all the craze these days. Although originally introduced through Twitter, they’ve taken the world by storm and have been adopted by other social media platforms like Facebook and Pinterest. Take Twitter for example; according to this cheat sheet, using hashtags doubles the engagement of your tweets.

Some of the most iconic brands are incorporating hashtags in their campaigns as seen here:

With the widespread use of hashtags, you may be left wondering what makes a great hashtag for your brand that stands out from the crowd?

Here are 4 tips to consider before kickstarting your hashtag brand campaign:

1. Be bold about your view of the world

Think outside of the box when creating your campaign. The more unique yours is, the easier it will be to identify among the many others.

Water Is Life, an organization that provides drinking water and education programs to areas in need, organized a campaign that went viral when it used a conventionally-used hashtag unconventionally. Their “Hashtag Killer” campaign set out to eliminate the insensitive hashtag by getting citizens of Third World nations recite tweets tagged with #firstworldproblems, a slang term used to describe often trivial frustrations that people in First World nations experience. Water Is Life successfully hijacked the hashtag, guilting people with the juxtaposition of the phrase with real problems.

By leveraging the use of popular lingo, they increased the campaign’s reach. The result? Raised awareness about world issues, and one successful, eye-opening campaign.

In other words, brand awareness and real impact for their cause. Win-win. 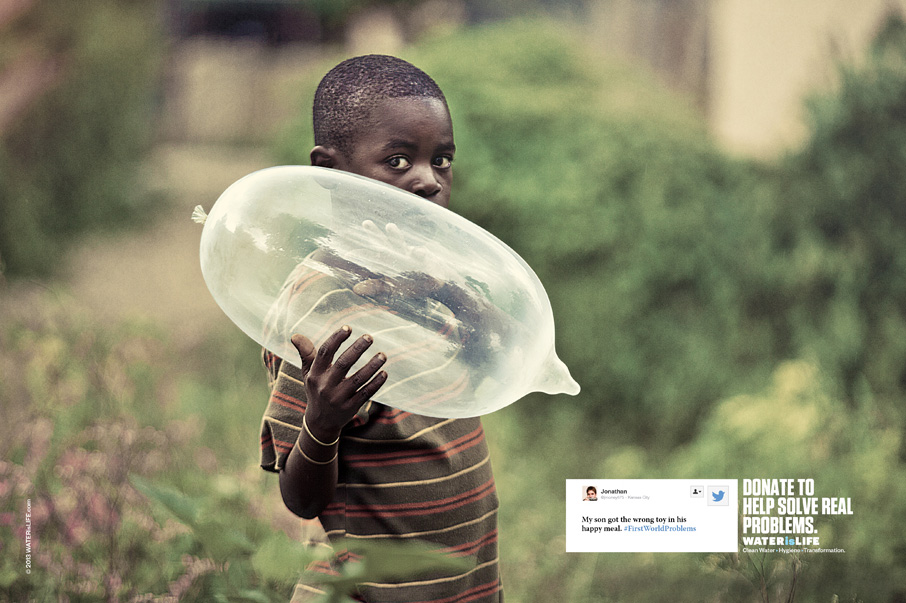 2. Keep it clean and simple

You want to create a phrase that is clean and simple. Adding in too many numbers and/or symbols may accidentally create different variations of your hashtag, causing the original to lose effect. If your hashtag is a phrase, capitalize the first letter of each word for clearer reading.

Before kickstarting your campaign, read over your hashtag. Does it make sense? It is possible that people will misinterpret it?

As much as hashtags can leverage your brand, they can also attract negative attention. Singer Susan Boyle’s album release party hashtag did not receive the response it was expecting in November 2012. The hashtag “#susanalbumparty” drew attention, but not for the right reasons, as it was misread as something that was NOT an album party.

If possible, provoke some sort of call to action. Getting your crowd responsive helps spread your hashtag and increases the success of your campaign.

CLIF Bar’s simple yet effective #Meetthemoment campaign is a great example of this. The hashtag inspired its audience to get out and start an adventure, and received positive response.

What’s even more loveable about this campaign is that #MeetTheMoment is tied to a charitable cause. For every photo tagged with the hashtag, CLIF Bar will donate $1 (up to $100,000) to a non-profit organization!

4. Magnetize your audience with your brand values

Don’t try to make your brand name the hashtag. Instead, articulate your brand’s values in a unique and ownable way. Avoid values like “excellence” and “honesty” as they’ve been overused and won’t seem exclusive to your brand.

What are some other company values? You could create a hashtag that succinctly describes a value so that you’re still spreading brand awareness, albeit in a less gung-ho manner.

As mentioned before, CLIF Bar’s #MeetTheMovement hashtag is subtle, yet effective in reflecting its company culture of adventure. Caregiving services company Nurse Next Door also demonstrates this perfectly by making one of their core values hashtaggable (#AdmirePeople).

Got any great ideas or tips for hashtags? Share them in the comments below!